Tag Archives: How I Communicate 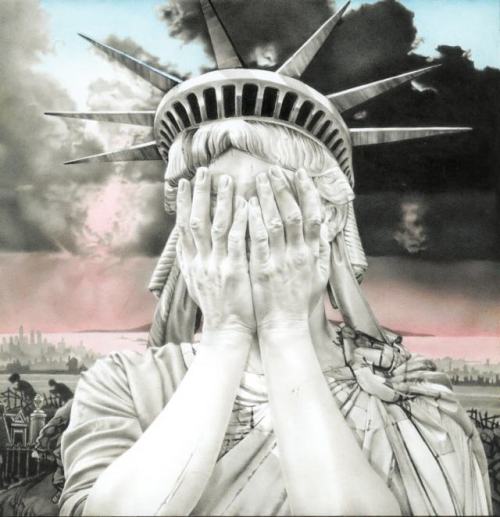 IT’S been a shit year for everyone. Get over it.

Yes, it’s been a fantastic time for the idiots, charlatans and nutters of the world but they only have money, guns and bombs on their side. We have love, soul and passion. Where they have hatred and intolerance, we have compassion and generosity.

They don’t stand a chance.

Some truly awful things happened around the world this year. The supposedly black and white certainties of the past evaporated a long time ago but the confusing miasma of disinformation and bullshit and lies became so much denser and more impenetrable in 2016. We don’t live in a post-truth world. There was never any truth in the first place.

It turns out there are no good guys or bad guys, no good or evil, no right or wrong. None of those things ever existed. We’re all just people. Some people do ‘good’ things, while some do ‘shitty’ things, and others simply do nothing.

Music provided some respite from the insanity but finding five albums that were released in 2016 and worth talking about isn’t as easy as you might expect considering we live in times when banal, tinkling muzak, with no bottom end to speak of, emanates from every platform and device imaginable.

We’re awash with music, drowning in it, choking on it. Most of it is utter fucking shite, of course. You don’t even have to listen to it to know this. Simply close your ears, condemn the lot as dreary, derivative, philistine nonsense and make exceptions for worthwhile stuff as and when it forces its way into your consciousness. It’s okay. Everyone has the capacity for change. And nobody gives a shit what you think anyway.