SOCIAL distancing is easy. I’ve been doing it for years. It was record shops being closed that very nearly did me in. That and having no money whatsoever.

Yes. I’m aware that most other people have had much more important things to worry about during lockdown, thanks.

It’s unlikely that many of us will look back at this time of batshit crazy and lament the records that we didn’t buy. And, luckily, I’ve got that many records that I can still find old stuff in the nooks and crannies of my collection that sounds new.

But that will only get you so far. At some point, you need some fresh meat. Happily, my friends continue to send me free records.

Our Bullingdon Club contemporaries exert their influence through opaque connections founded in shared secrets, privilege and entitlement at the very heart of the establishment.

My mates, wielding the influence of a zero-budget freak network founded in transit vans and the backrooms of shithole pubs across the north of England, just send me stuff that I write about on my blog.

While we were trying to work out how to metaphorically fuck the system, it seems our reptilian overlords Dave, Boris and Gideon were literally having actual sex with dead pigs. I’m not sure who has the last laugh here, to be honest. But I remain confident that the freaks will inherit the Earth. It might take some time though.

It’s a long game. bushpilot, who formed from the remnants of Leeds 6 psychedelicists Purple Eternal, could have released their debut album when they recorded it back in the early 90s, when they had a bit of momentum, when people knew who they were, when they were hungry and angry, full of youthful enthusiasm and spunk, so to speak.

But no, that would be too easy.

Instead, they patiently bided their time for the best part of a quarter of a century until the mastertapes were degraded to the point of uselessness and they had to remaster the entire album from a two-hour DAT. And then, in a stroke of marketing genius, they finally release this long-term labour of love slap bang in the middle of the biggest global pandemic in a hundred years 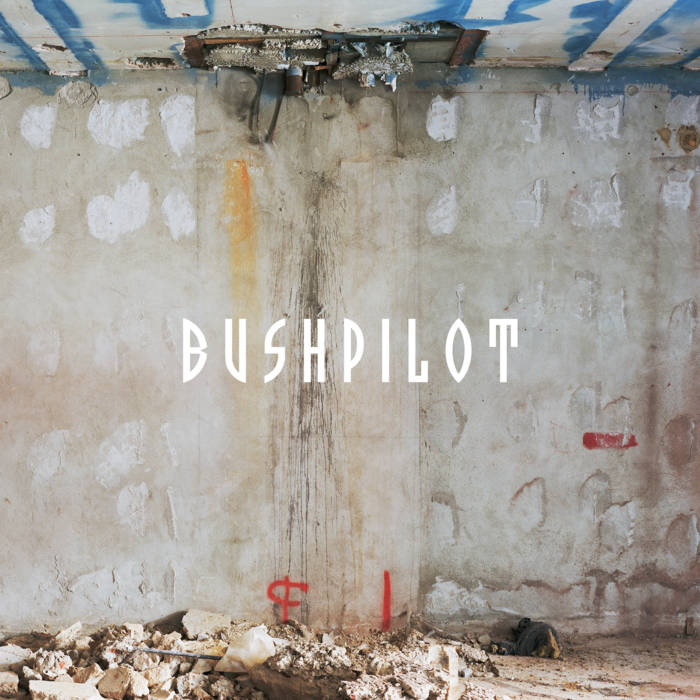 Already! can sound like the best bits of all your favourite bands all at the same time – Death Valley 69 era Sonic Youth for example, or the Fall when the Hanley/Scanlon partnership was at its creative Jesuit zenith, or the version of Can that recorded Tago Mago, you get the idea – and while they don’t even bother trying to hide their influences for the most part, the album brings something genuinely fresh, new and interesting to the funky art-punk jazz-rock pantheon.

There is no sell-by date on this shit.

bushpilot’s restless energy and vitality just slams out of the speakers. They have some proper freak anthems that lodge themselves in your internal playlist, but they also have a definite groove throughout, as well as this arty, experimental thing going on at the same time. It’s all very appealing to these huge Yorkshire bat ears.

Apparently, much of the album was recorded on Sundays after they’d all been out at the Orbit in Morley the night before, perhaps lending it a certain dynamic intensity that is similar to the banging, head-changing techno of the era in content if not form.

The album reveals bushpilot to be a group of incredibly inventive, accomplished and open-minded musicians with a natural aptitude for borderline chaos. You never know what you’re going to get next. They shine both individually and collectively.

This is music that can turn on a sixpence. There’s a subtlety and finesse to what bushpilot do, a lightness of touch, a well-developed sense of nuance, call it what you want – but they choose to punctuate this aural whimsy with pummelling, brutal, barely restrained hardcore passages that simply explode.

It’s like light and shade, yeah? Or yin and yang. Or lager and lime.

Either way, like the Purple Eternal before them, bushpilot were completely and totally and utterly out of step with the times they were living in, which just makes it all the more glorious and fantastic. Other people compare them to everyone from the Jesus Lizard and Slint to the Buttholes and Talk Talk and I literally have no idea what they’re talking about.

One of many stand-out moments comes from hypnotic The Book of the Outlaw, which combines a seismic, modal bassline of Wobble proportions, a deft, off-kilter rhythmic shuffle and some seriously intense compare-and-contrast dual duelling rock/non-rock guitars to outstanding effect. And is that a marimba?

Singerman Ross Holloway croons ‘It’s just an illusion’ in a manner vaguely reminiscent of Leee John off of Imagination’s 1983 top 20 pop soul smash, It’s Just an Illusion, except now Leee is snorting poppers and going crackers to Sven Vath, and the last thing he can remember is taking his top off and some brickie from Castleford giving him a back rub.

Other highlights include the relentless racket of Big Quaalude Thunder Nothing, the ragged, turbo-charged Bad Vibrations (“I’m picking up bad vibrations!” yells Holloway, in a totally non-Manson anti-Wilson kind of a way) and the scuzzy swamp-blues surf punk techno of Jesus Loves That Rock ‘n’ Roll.

All this and what sounds like a fairly faithful Leather Nun cover. What more could you want?

And no, I don’t know where the fuck they got these titles from either. I’m just happy that some friends of mine were once in a band that didn’t have a rubbish name. But who cares when the music is this good?

Over 41 minutes or so, this utterly authentic and passionate and heartfelt album is a real joy, and, I would suggest, a genuine lost classic from the days of yore. Less overtly psychedelic than Purple Eternal, bushpilot have a haunting, hypnotic quality that perhaps leaves a more lasting impression.

I’ve woken up bellowing ‘It’s just an illuuuusion!’ on more than occasion recently.

bushpilot were clearly deep into their own very singular trip, and in a weird way, I think it would have actually been a waste to release this when they made it, at a time when it would have been drowned out by the epic musical shithousery that was Brit-pop, plus one zillion strictly-by-the-numbers Euro-trance ‘anthems’.

Hopefully we can all appreciate it a bit more, now that we’ve got a bit more perspective. Too much fucking perspective perhaps, as David St Hubbins would have it.

Either way, you must get involved.

While it contains yet more bittersweet (and also just bitter) tales of going the wrong way down the one-way of life, Fanimal Arms finds the Gad Whips looking at the world from a rest home for retired horses, ancient river crossings and abandoned museums, very much like like season 3 of Scooby Doo in fact, and delivers a collective tut.

It is a whole lot of minor-key, doom-laden fun. Proper review in a bit. In the meantime, here is an excellent video for the album’s so-called ‘opening track’, Desk Gate.

Just succumb to the inevitable and buy the album now anyway.

I asked Twitter if anyone could recommend any good house music I could buy on Bandcamp before a recent 15 per cent Friday and of course got fuck all back. I did get to hear some interesting stuff from Arianna and Miftah Bravenda though – so not all bad news.

And Grow Rich comes correct with what appears to be an ode to Greg Ginn’s love of cats but is actually something even more profound.

I would fly this flag.