A LOAD of us went down to the Ministry at some point in the mid 90s and, despite hearing some great music, we were not particularly impressed by the distinct lack of atmosphere compared to clubs such as Kaos, Basics and Hard Times in Leeds. There just wasn’t the same kind of energy and enthusiasm.

A few weeks later, me and Earnshaw DJed at a party at a mate’s house and someone did some jokey flyers saying we were residents at the Ministry of Shite. We ended up keeping the name when we started putting on parties ourselves.

It was all a bit rough and ready, but we had a run of great parties over three or four years at an old mansion house at the Weetwood end of Headingley in Leeds, with perhaps two or three hundred people coming through the door during the night, generally ending around 6am with no bother from the cops.

We played a lot of new US garage and vocal house but we also threw in old acid, techno, hardcore and hip house at key moments to ensure everything remained suitably blurry and twisted out of shape.

You can have a listen to the stuff I’m on about here. 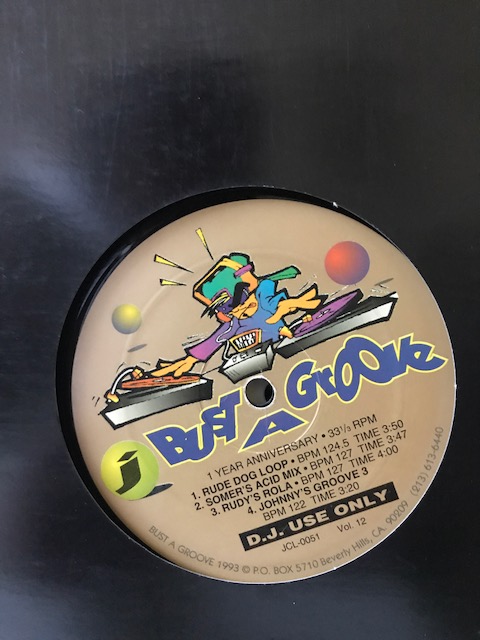 Somer’s Acid Mix by LA radio jocks Jonny Loopz and Rudy ‘Rude Dog’ Gonzalez is typical of the kind of house music we used to play. It comes from Volume 12 of their Bust A Groove loop collections, and takes that ubiquitous woozy mid-90s organ sound, adds a few phrases from Chuck Roberts’ My House intro and a few other samples – and that’s pretty much it. I bought it from Steve Luigi’s Listening Booth shop on Call Lane in Leeds when it came out in 1993, and played it for years.

The Truth was released in 1995 as part of Flashin Eddie Fowlkes’ second EP for Back to Basics’ label and, to my mind, it remains one of the best records this short-lived but top-quality label ever released. Either way, the Truth’s deranged, ragged, unstoppable groove still has the power to pull you up short, even after all these years. And it is shockingly cheap on Discogs. But let’s not forget I got mine for free when it came out, yeah?

Meanwhile, I’m saying nothing about the kind of president who doesn’t say what you like, and tells you the truth whether you like it or not. But I miss Obama.

With samples of Lyn Collins, Sounds of Blackness and Spoonie Gee that are almost now more familiar than the songs they were taken from, I Need Relief from Digital Domain’s Rabbit City 3 EP was a seminal cut-and-paste breakbeat track put together by Rabbit City co-owner Gordon Matthewman (alongside Colin Faver) in 1992.

I may have bought it from Nicky Blackmarket on one of my trips to Soho. It represents everything I loved about hardcore and it remains an absolutely fucking mental piece of music to this day. Dancefloor devastation guaranteed.

I’ve never heard anyone else play Armand van Helden’s Brooklyn Jungle mix of Conway by Reel 2 Real – even when it came out, and this just astonishes me – although it was around the same time as Zig and Zag’s version of I Like to Move It hit the charts, and maybe Erick Morillo had used up all his goodwill in the DJing fraternity by that point.

The label it came out on, Positiva (an offshoot of EMI), was also, from what I remember, significantly less cool by 1994 than it had been when it launched in the halcyon daze of progressive house a couple of years earlier but I was just pathetically grateful that anyone was sending me free records (many of which, of course, I simply exchanged for stuff I did want in secondhand record shops. But not this one).

Either way, Conway’s rude, bottom-heavy groove still delivers a hefty thump, while the Mad Stuntman’s gruff, dancehall-style vocal remains as energising and resolutely unintelligible as when the song was released. Once again, it is unbelievably cheap on Discogs. I really don’t know what is wrong with you people. 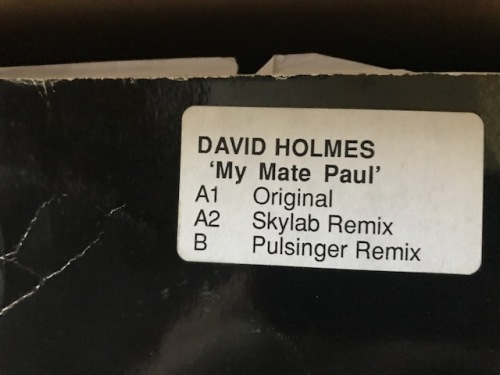 Your little trip back in time to Leeds’ mid-90s house underground ends with My Mate Paul, from David Holmes’ ace 1997 Let’s Get Killed album, bought from the much-loved Record Box secondhand emporium that used to live in Wharf Chambers before it turned into an all-you-can-eat artisanal lapdance emporium or whatever the fuck it is now.

The world doesn’t stand still. Everyone has moved on, including me, which is handy, because, over the years, I’ve manged to fall out with what seems like most of the people who once went to the Ministry of Shite. But it was a magical time in many ways. Before everything got complicated.

This music takes me back to the simple pleasures of those wild nights. Have a listen and pretend you were there too.